John Wesley’s house has been wrapped in a special insulating ‘overcoat’
When the temperatures are falling, it’s time to wrap up and turn up the central heating. But what if you can’t afford the gas or electric bills?

For single dad John Wesley, it became a choice of heating or eating.

“The house was very cold and the living room never warmed up,” he told me.

“So I had to wrap myself up in a duvet just to watch the TV.”

What he needed was an overcoat – not for himself, but for his Nottingham home.

“From the room being cold, it gets warmed up within 15 minutes and after half an hour, I can switch off the central heating,” he added.

“The warmth of the room stays constant. I hardly lose any heat at all. No need for duvets now and I can see the difference in lower energy bills.”

the number of households in fuel poverty is in excess of five million. That’s a huge increase”

Miranda Cumberbatch
Nottingham Energy Partnership
The government recommends a living room should be heated to around 21 degrees centigrade.

That’s just enough to make the room warm and snug. But if you spend more than 10% of your income on those gas and electric bills, you are deemed to be in fuel poverty.

According to government figures, 22% of households in two Nottingham parliamentary constituencies, East and North, are in fuel poverty, that’s one of the highest rates in Britain.

Up to 850 homes – both rented and private – on the 1930s Aspley estate had insulation improvements. Then government funded dried up.

“In 2006, there were 2.2 million people classified as fuel poor,” Miranda Cumberbatch, of the Nottingham Energy Partnership, told me.

“Now, the number of households in fuel poverty is in excess of five million. That’s a huge increase.”

“The average home now costs £1,400 a year to heat and fuels costs are rising,” added Miranda.

But the coalition government’s scrapped many of the last Labour government’s home insulation schemes – including one only last week, Warm Front. That’s turned up the political temperature.

“MPs are being contacted by constituents who are trying to get help from Warm Front,” the Ashfield Labour MP Gloria De Piero told a parliamentary debate.

“But they’re being told they must wait or have not had the answer that they need in these freezing temperatures. These are elderly and vulnerable people. It is nothing short of a disgrace.”

The Energy and Climate Change Secretary Ed Davey says the coalition has a big plan to tackle rising energy bills.

The Green Deal is the government’s revamped answer. It includes subsidies for insulation, new boilers and solar panels. It was piloted in Nottingham.

“It is designed to enable us to cushion and insulate people from the hikes in global fossil fuel prices as best we can.”

But for organisations at the coalface of delivering energy efficient homes, the policy change involves a real financial worry.

As the thaw sets in, it won’t just be mercury rising. One research group, the Energy Bill Revolution, estimates the number of families in fuel poverty within three years will rise to nine million.

If you haven’t heard of The Green Deal, you will in the months to come.

Your comments (3)
Article written by John Hess
John Hess
Political editor, East Midlands
More from John
EU referendum? New warning to PM
15:31 UK time, Friday, 18 January 2013
After the PM postpones his EU speech, he is urged to rethink plans for a referendum
Read full article
Comments
Sign in with your BBC iD, or Register to comment and rate comments
All posts are reactively-moderated and must obey the house rules.
Jump to comments pagination
All Comments (3)
Order by: Latest First Highest Rated Lowest Rated

0
Comment number 2. roc-rend
25TH JANUARY 2013 – 22:11
To be honest the green deal is not that great in my eye’s, What the government are offering as cash back deals is far off what the average cost of having external wall insulation fitted, Hardly an incentive to have the work done as stated above £6000 to £10000 and all you would receive back from the government is £650 fantastic

0
Comment number 1. Tom
25TH JANUARY 2013 – 18:25
The g’vnment had no option to end warm front as the obligation on the energy companies funding these schemes ended at the end of Dec. A replacement scheme, ECO started on jan 1st and provides grants for people to have measures installed on their properties. ECO, in conjunction with the Green Deal (which will be for people who don’t meet the criteria) will make our homes warmer and more efficient 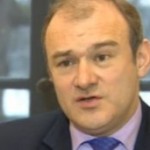